If you're happy to travel

You can catch Alan Jackson at Fiserv Forum in Milwaukee, showing Sep 12, 2020

Alan Jackson is also touring to: 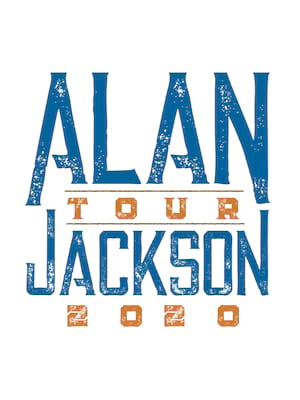 "Two dozen No. 1 hits later - most from his own pen - he sticks with what works, but never sounds as if he's simply exploiting a formula."

Alert me on return

Country legend Alan Jackson returns to the road in 2020 as he heads out on an extensive tour! With nearly three decades of hits behind him, Jackson is one of the most influential artists in the genre. From the likes of 'Here in The Real World', 'Chattahoochee', 'Drive' and 'Gone Country don't miss your chance to see this superstar live!

Having sold over 50 million records Jackson has garnered two garnered Grammy's, 15 ACM's and two AMA's! The star was also inducted into Georgia's (his home state) Music Hall of Fame in 2001. With over 16 albums to get through this is the perfect live event for any Country fan!

The man's taken care of himself and may be a little different than 2004... more

Another great performance by Alan. Have seen him many times through the... more

Sound good to you? Share this page on social media and let your friends know about Alan Jackson at Allen County War Memorial Coliseum.